Moto G4 and G4 Plus are getting Nougat Update Slowly

Reports from a small number of users in India indicate that the Moto G4 and Moto G4 Plus are seeing over-the-air Nougat updates. 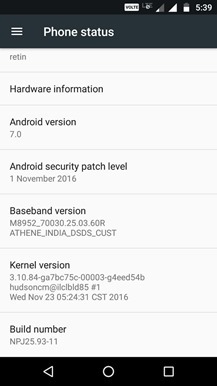 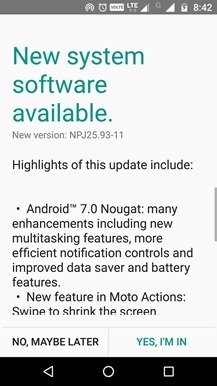 (Motorola’s term for beta firmware sent out to a small subset of early users). There’s a bit of confusion in the community, you see: the initial soak test for the G4 was back in October, and the release notes for the Android 7.0 update to the G4 and G4 Plus have been posted to Motorola’s Indian site for months with no actual OTA to be seen. The security update version in the new release is the patch from November.

Other G4 and G4 Plus users on XDA-Developers are reporting that the Indian firmware has arrived for their phones. It may be rolling out in small numbers in Brazil as well.

I Too have a Moto G4 plus and I ‘ll update you as soon as it gets the update.